The first Tornade V Hard was introduced in September 1999.
The overwhelming strength of this fluorocarbon line, dubbed "the strongest fluorocarbon in history," won the support of many anglers and became a huge boom in the market.
The year 2022, Sunline's technology "Plasma Rise" will lead the masterpiece
V Hard to further innovation...

If you use the right size line for the fish, the line will unlikely break when it is pulled against the fish. Additionally, the rod flexes to cushion against sudden force. In fact, if you bend the rod and try to cut the line snnaged, the rod will break first. Then, why does the line sometime break during the catch of fish?

It's because of the fish's teeth or root damages. Once a line is damaged, no matter what kind of line it is, it will break sooner or later. So it is the best to repell abrasion damage. The surface of the new V-Hard is modified with a highly slippery polymer layer by Plasma Rise. As the result, it is renewal as a hard, glass-like line. This allows it to repel the snnaging object before it gets damaged. 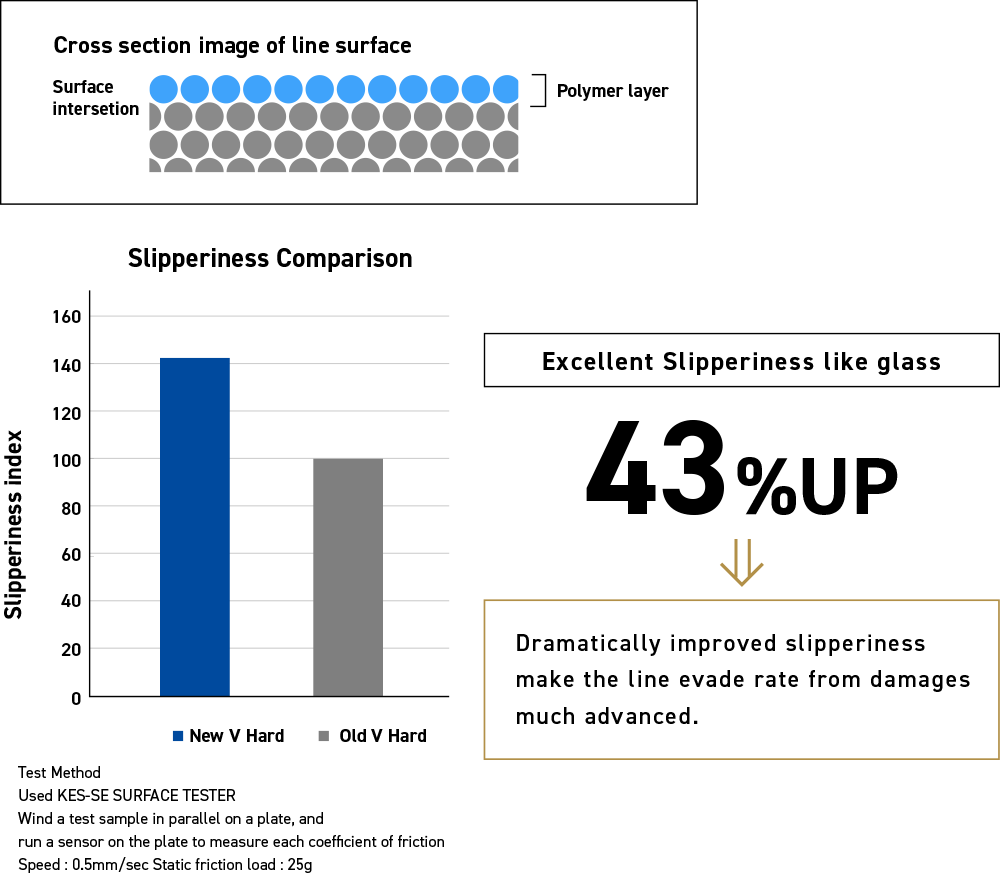 Must be strong,
but also must be flexible.

The stiffer it is, the less likely it is to be scratched. However, if the hardness is increased, the flexibility of the line is lost. If it loses its flexibility, fish will not bite. Furthermore, it becomes difficult to make a tight knot, and loses its value as a fishing line. New V Hard has succeeded in modifying only the very surface of the line to be harder, while maintaining the same flexibility against bending as the conventional product. 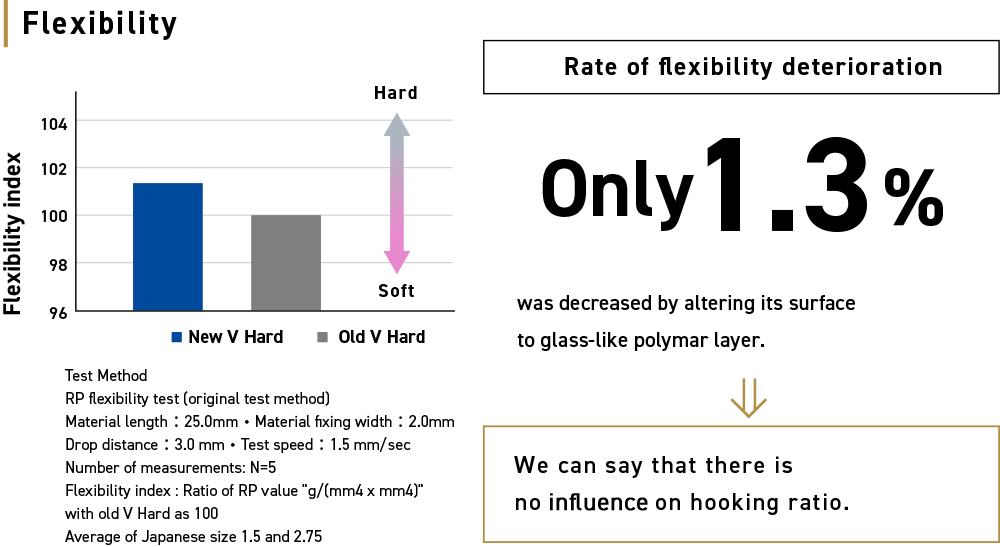 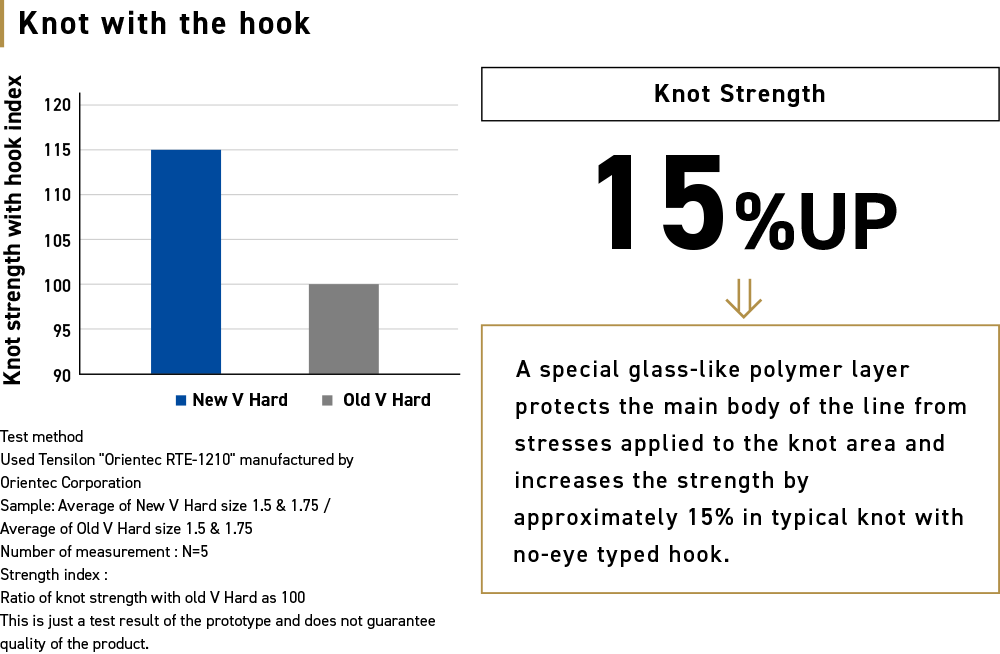 Actual fishing strength
is most important.

No one wants a line that breaks easily due to wear resistance, no matter how much it repels slips. The glass-like surface of the new V-hard repels abrasion damage and is less prone to abrasion, which means that it has improved residual strength after being scratched. You will feel the this benefit in actual fishing. 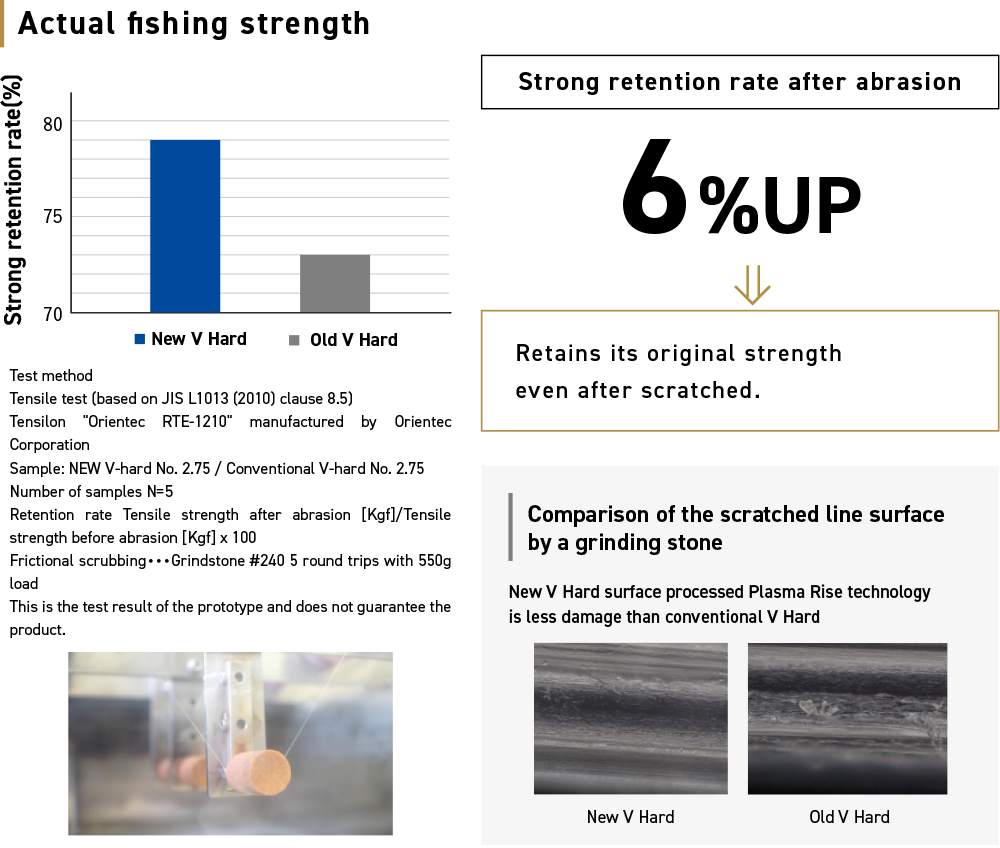 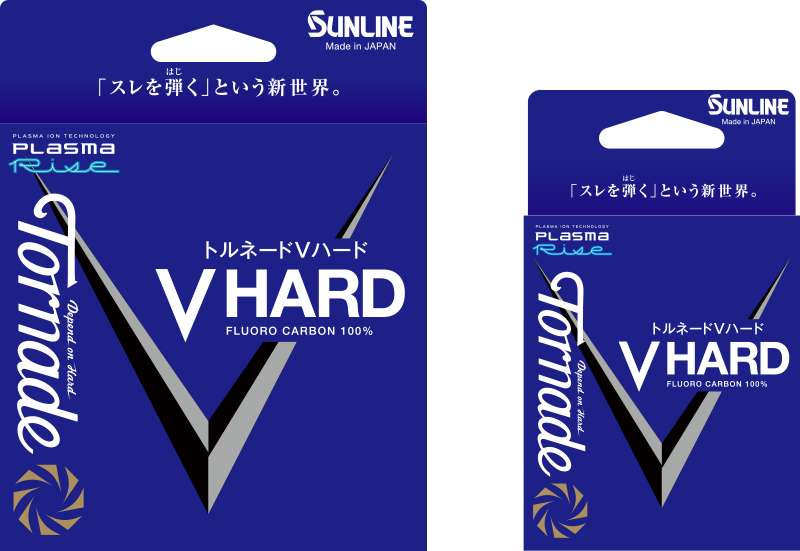