●By applying Patented technology "Plasma Rise", the line surface is modified to special polymeric layer such as elastic rubber band.
Due to significant knot tightness by the elastic property, it achieved great improvement in high knot strength of the line and a braid line as it is important for shock leader.

●The special polymeric layer can perform the big advantage against damage and breakage due to snags.

●Due to high knot strength and high abrasion resistance, you can target fish with the thinner line than usual.

●It can be applied to a wide range from Super light jigging to Offshore targeting big fish.

Our dream has been realized by Plasma Rise

Then, what are the demands for shock leaders? We would say they are “straight strength”, “knot strength”, “abrasion resistance”, and fisherman have been requesting these since the leader system was developed. Our advanced technologies are used on “Tunageat FC” to meet the demands. 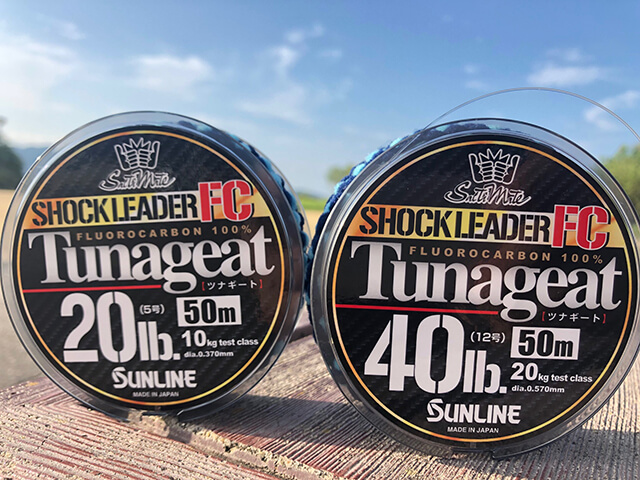 "If the surface of leader can be transformed to like rubber texture, it must be able to resist rubbing against structures"

But…how to make this idea possible?

Fluorocarbon has chemical resistant and little adhesive property, so coating agent ends up coming off easily.

However, we succeeded in making "Special polymeric layer” on the surface of the line by Plasma treatment.

As a result, the abrasion resistance and knot strength have been absolutely improved. 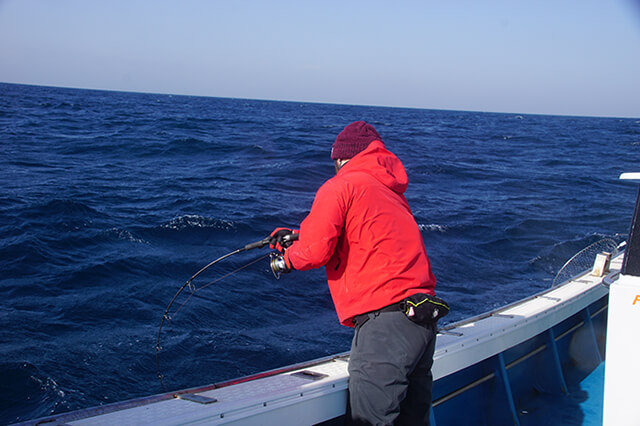 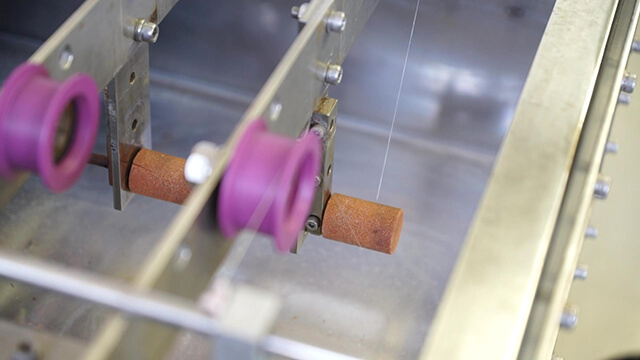 The special polymeric layer has elastic property and cushioning effect. It prevents the line from breaking down even when it is rubbed up against the rough rasp. This enables you to cast around reef and edged structures with confidence. Due to cushioning effect of the special polymeric layer, the line itself is tightly knotted and digging into the knot, which brings higher knot breaking energy. The cushioning property is also beneficial to connection with PE line. Knot by PE line and leader line with normal coating slips its surface. However, the elastic polymer layer works to prevent the surface of the leader from such slip. Improvement in knot`s conditions helps your knot strength significantly. In order to absorb the massive tensile power by fish, not only straight strength but also ‘‘Endurance’’ (strength index that represents total energy amount until linebreak) is required. In order to maximize the ‘’Endurance’’, appropriate balance between elongation and strength is important. Endurance can be quantitatively shown by the physical property data of breaking energy. The skills to control the breaking energy, which was developed through the manufacturing of tuna fishing line, contributes to the improvement of endurance. 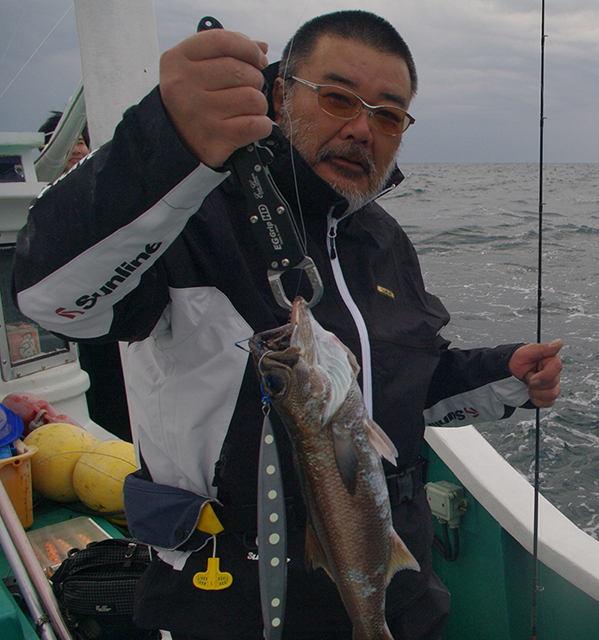 What benefit of leaders I want is not easiness of use or suppleness, but knot strength. I have used this leader since it was a prototype, and I like it so much. Knot strength is presumably improved, and also I like its appropriate hardness. In my opinion, I like this better than Black Stream.
The size is available from #4 (16LB) to #12 (40LB), but I think mainly I use #5 (20LB) and #7 (25LB). Let me tell you again that knot strength is excellent. Importantly, the benefit of knot strength is only brought out by appropriate knots. Knot with rings, knot with PE line. At fishing, knots are significant. I hope you catch great fish with careful work on your knots. 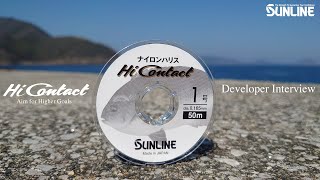 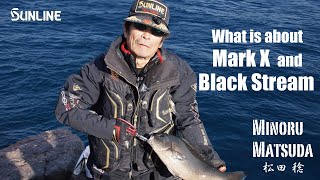 What is about Mark X and Black Stream!? Minoru Matsuda